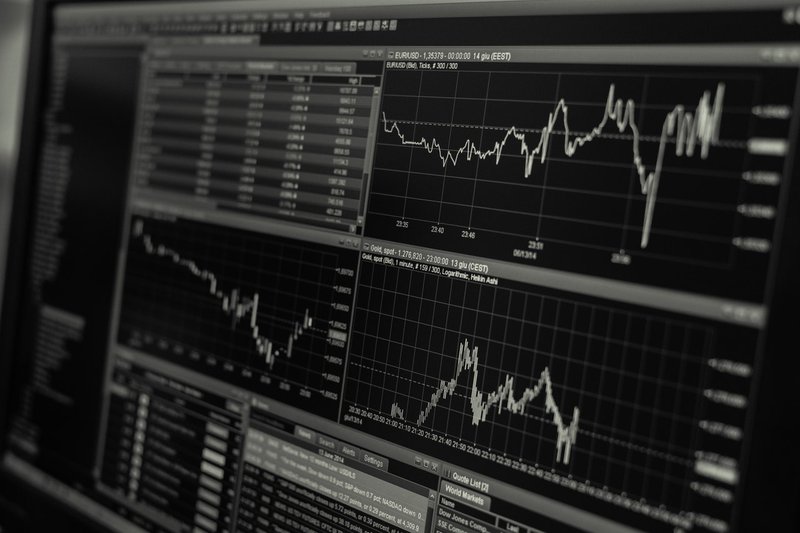 Electronic trading, also known as automated trading, algo/algorithmic trading is, quite simply, a process of automatic buying and selling of financial instruments. It can be fully or partially automated. In recent years electronic trading of various flavours became extremely popular. Large banks, hedge funds and other investment institutions are on one end of scale of users, while small day traders and other part time and amateur players can be found on the other. Almost any kind of instrument is available on one electronic platform or another. Traditional shares, options, futures, Forex, bonds, although for the latter the automated markets are not mature enough yet. Lately we also observe the explosive entrance of cryptocurrencies into this field.

For historic and practical reasons, many participants of these markets develop their own software. While there are some off the shelf solutions, almost always they are not good fit to their end users' requirements. Making the necessary adjustments and modifications, as well as integrating these IT packages into the existing systems often requires so much effort, that it is easier and cheaper to develop a bespoke solution. Controlling the trading platform in full is also a very important consideration for the bigger players. The end result of in-house development can then in turn be sold as a service to other, less demanding users.

There are many legacy projects in the area of electronic trading. New, so called greenfield ones also pop up from time to time. Their designers must ask themselves the question - which technologies should we use to develop this new product? I will attempt to highlight some of the options available today, and indicate most obvious pros and cons.

First, it makes sense to summarise the attributes, both technical and administrative, which we can use to evaluate each candidate. The most important are:

Who is the fairest of them all?

There is no way I can point a finger at one technology and claim that it is the best. This simply makes no sense, since different frameworks have both pros and cons, and different projects have varying requirements and available resources. For example, HFT, or high frequency trading software is extremely sensitive to latency. Those guys really love their code to be fast. On the other hand, they usually have lots of money and are not afraid of investing it into their infrastructure, because this is how they make more of it. The life is brutal and competitive for the HFT traders of the world. Correspondingly, small scale amateur investors don't have the cash and neither do they have the need to be extremely fast. For them the important thing is to have something working quickly and cheaply. There are any number of intermediate stages in between. So, in each case the right answer will be different.

With that in mind, let's look at some of the candidates.

C++ has been around for a long time. It is fast, versatile and widely available. There many libraries and tools for the language. Plenty of programmers have some experience in it. Recently the language has been going through a sort of renaissance - new standards appeared and improved the quality of it. There is a qualification to each one of these statements, however, so let's try and apply our criteria systematically:

Java is also a well established language. Similar to C++, it has been very popular around the world. Lots of tools, libraries and lively community. Looking at individual characteristics I can say this:

Scala is a kind of a relative of Java. Java itself is a language that compiles into so called Java bytecode, which then runs in JVM, Java virtual machine. There are in fact other languages that can be compiled into the same bytecode and executed inside JVM. Scala is one of them. As such, it benefits with almost full interoperability with Java. This basically means it can use most of its libraries and some of its tools "for free". On the other hand it brings many new technical features in terms of coding. In brief:

C# is Microsoft's answer to Oracle's Java. There are many fundamental similarities between the two. Both are compiled into a bytecode and then run on top of a virtual machine. The framework is called .NET in C#'s case. Both .NET and JVM use GC. Both enjoy wide adoption and a thriving community. I personally like C# a bit more. In recent years Microsoft has been very active in developing new features for the language, while Java's evolution seems to be more slow. However, both are potentially excellent choices, given the right circumstances. Let's take a deeper dive into C#'s score vs our criteria:

If C# is Microsoft's reply to Java, then F# is, in a way, their take on Scala. Don't take it literally, the language has quite old roots, deriving from OCaml, a dialect of ML. It is a functional language, like Scala, but it's design would appeal to many as cleaner, especially in its type system. It compiles into .NET's bytecode and also benefits with interoperability with other libraries and tools for the platform. Looking at its attributes:

Rust is a new kid on the block, and it has been making some noise recently. It is admittedly the least mature of all the mentioned technologies. Nevertheless, it has some unique features that might be of interest to algo trading developers. In essence, Rust aims to be as fast and efficient as C++, while eliminating the risks, associated with the language. How does it manage to pull of this exceptional feat? In short, Rust allows either multiple readers or a single writer for any value at any given time. This is enforced at compile time, not during run time. This way the execution is still very fast, but the safety is uncompromised. Whole classes of potential bugs are eliminated, including the notoriously hard to detect and prevent race conditions in multi-threaded processes.

There are two main downsides to Rust today. First, it is quite challenging to master even for relatively experienced developers. The language is still evolving, so this might improve in the future, however I believe that it will be always somewhat harder than your average Python. Second, there are still not that many libraries and tools, even though the situation is improving. That said, let's take a closer look:

I listed a number of technologies, which can be good candidates for a sizeable algo trading project. There are other technologies out there, that can be of interest, so don't be upset if your favourite language is not no the list.

The final decision will have to factor in many points, not all of them technical. Budgets, timeframes and availability of talent will have a very serious impact. And let's not forget, that most organisations won't be developing a new product in vacuum. Almost always they already have existing systems in place, which will need to interact with the new trading platform. Integration will often strongly affect the final decision. This is a story for some other time, however.

2 comments have been posted.

Hi Andre I'm interested as to whether F# supports Tail Call Optimization. I was recently looking at Eta but it seems it is limited by the JVM's lack of support for TCO. If F# and more generally .NET support TCO that would be interesting.
Reply

Looks like tail optimisation works fine for F#. Just compile the project in Release mode. Debug has it disabled for, you guessed, debugging convenience.
Reply